People are always asking me why I care so much about stuff. I’ll be sitting in class, and get an alert on my phone that Kanye tweeted a trailer for his new movie and I’ll speak out loud “No way!?!” People will look at me and wonder if I’m okay. I’ll respond that it was nothing… knowing in my head if I tried to explain it to them they would roll their eyes, call me a weirdo, or do both at the same time. I am the first to admit I care too much. For the longest time I thought it was bad. I went around constantly trapped within my own head, not knowing if anyone really understood why I was so excited that the Suns were playing the Wizards that night and that John Wall would be matched up against his old college teammate Eric Bledsoe and that meant they’ll be bringing it extra hard since losing itself is bad but losing to a best friend is actually the worst.

I really love three things in this world: my chocolate lab, music, and sports. As someone with no particular extraordinary talent I find immense happiness watching people who do have that sort of skill show it off. Musicians and athletes are my main focus. Sports definitely came first. Thanks to my dad my allegiance lies with all teams that have Boston written across their chest (Patriots are the exception). I follow them like I’m part of a religious cult. I say “we” when describing what moves they should do in the off season, or when arguing against some stupid Yankee’s fan that Jeter is actually overrated. Just kidding, I just had to get one last Jeter dig in before he retires after this season. People who don’t understand sports don’t understand why I care so much. I have no money riding on the success of my team. No one dies if the Patriots lose in the playoffs. But at the same time, I’ve invested so much of my life in these teams. They’ve made me cry, they’ve made me smile. They’re apart of me even if those involved in them don’t realize it… yet. That’s the real reason I’ve started writing this blog. I want to finally put my obsession to good use. And maybe even get the attention of the people I’ve looked up to for 12+ years now.

Music comes next. Less of an obsession and more of an escape. I have my two wonderful sisters to thank for my joy of music. They introduced me to it, showed me through the door. Music mesmerizes me. It enhances the experience of my day to day life. It makes me think like nothing else in this world does. One album can impact and change the way I live my whole life. One song can recall a memory of a part of my life instantly. Music is a weird thing. It’s something that can make you feel happy and sad at the same time. Not much can really do that. Getting into music also lead to going to concerts. Now there is nothing in the world like live music. To me, live music allows those who listen to it to look deep within themselves and truly see who they are down to their core being. At every concert I have ever attended I have experienced a surreal moment where my mind and body were perfectly content. This could be when my favorite band goes on at a festival or when that same band plays my favorite song. When this moment happens (usually at the climax of the show) the endorphins running through my brain seem to be mirrored by the lights of the concert. It’s as if I can see the music, not just hear it. My spirit ascends to a higher place where everything is in sync. No other place allows me to feel the same way as I do when I go see a musical performance live. I’ve gone to concerts with friends, but I have also attended them by myself. I found that it was the same experience. The music is what matters, nothing else. The best kind of concerts are those that wrap you up in their performances and strangle you and once you think you’re choking and can’t breathe they embrace you. They bring you closer to not only them but to yourself.

I honestly have Bill Simmons, chief of Espn.com’s Grantland, to thank for starting to write. He showed me that being a fan of something can actually be your job. Now there is only one Bill Simmons. This blog is not me trying to be him. Like Poetry in Motion is just a way for me to write down the thoughts I have and to practice my craft. Because I really enjoy writing. And I really enjoy sports and music. So why not write about them? Also thanks go out to my friends and family, all of your different influences on me have lead to the creation of this blog. Thanks guys I love you all. So yeah everything has to start with something and this is my beginning. Let’s see where it leads me. 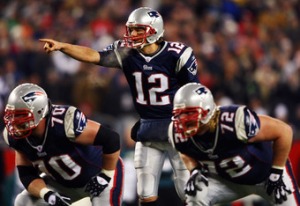