Skip to content
Posted on December 16, 2014 by Ben Rappaport 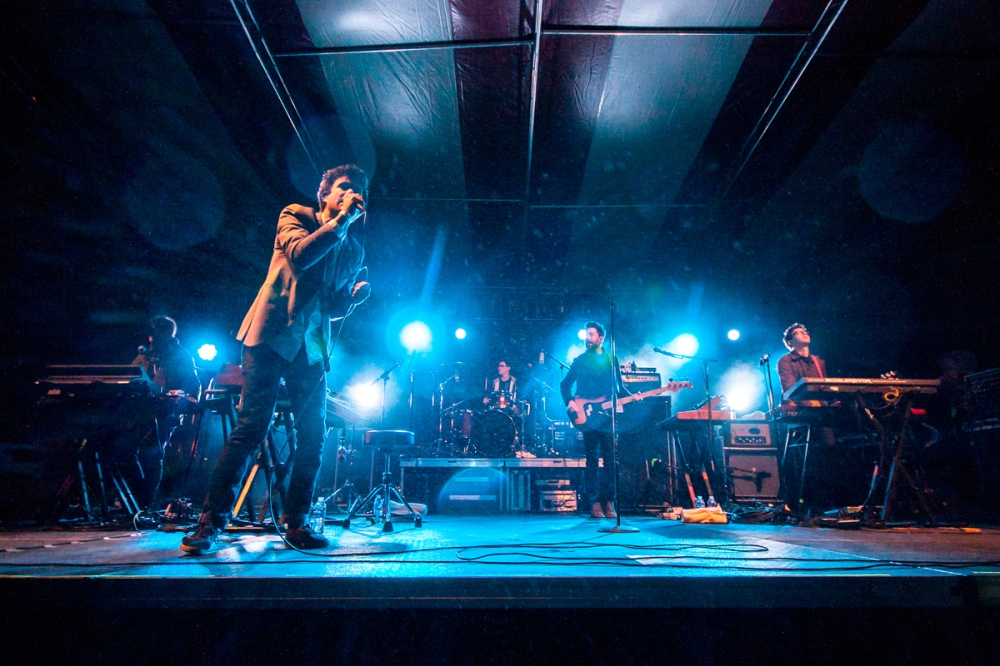 I was browsing the internet today and happened to stumble upon a particular video. This video was nothing super amazing or mind-blowing, but it made me think. Now, I think a lot, about way too many things. It is hard for me to go a night when I’m not over thinking some aspect of the world. Like just the other night I got caught in an endless cycle thinking about outer space and life after death and all sorts of weird all-encompassing forces of nature that no one really knows much about. Anyway I digress. The video I saw was of Michael Angelakos, the lead singer of a band called Passion Pit. In the video, he was singing an acoustic version of the song “Sleepyhead”. If you have ever heard the song “Sleepyhead” you would know that it is pretty much the most non acoustic song ever created. That song is renowned for the incredible beat and rhythm that really exemplifies indietronica music. The lyrics get lost a lot of the time in Passion Pit’s music. Angelakos’ intense and unique vocals along with the uplifting electronic beats help to sometimes disguise some deep and profound lyrics. However, the point of this post is that hearing that video instantly took me back to one of my first concerts ever. It was in the fall of 2012 and I was 16 years old, a junior in high school, and very, very, lost in the world.

I had gone to my first couple of concerts (without my parents) that summer but my concert experiences were relatively miniscule. I had also just gotten my driver’s license that summer so I had yet to form my now deep hatred of driving. This was the time when I was really starting to get into music. Music had always been huge for me but being able to drive and see these bands live, by myself, opened up an entirely new door that I had never been able to even think about before. That’s a lie. I did think about it. Both of my two older sisters had been going to concerts for as long as I could remember. From my sister Jess seeing the legendary Sufjan Stevens in his hometown of Brooklyn, to Brooke telling me how she one time got paid money she was owed in Radiohead tickets instead of cash, both have seen and done things I wish I could have participated in. So naturally as soon as I was remotely old enough to go I started to venture into the land of concert venues and super expensive city parking.

Passion Pit was special to me even before then. I remember the day, so many years ago, when Brooke was home from college and showed me “Sleepyhead.” I think I was in seventh grade and that song changed the game completely. It was unlike anything I had ever heard before. To this day it is still my favorite song to dance to. Anyway, back to 2012, as soon as I heard Passion Pit was coming to Philly, I asked my sister Jess if she wanted to go which she emphatically said yes to. The other half of this story is a little deeper and more of a cliché. While I was getting into concerts and starting to realize how important music really was to me, my oldest sister Brooke was in Japan for the third time. She decided to go away from home and everyone she loved for six months in order to fully immerse herself into the language she loves so much. To this day one of the most courageous things I’ve ever seen anyone do. So when I got the tickets, the fact that I wasn’t going to be able to see the band with the person who first showed me the band really bummed me out. It made me miss Brooke even more than I already did.

At the same time, it helped me bond a bit with someone who was missing Brooke waaaay more than me, her then boyfriend now husband, Jack. My brother-in-law Jack is a peculiar man. We have known each other for quite a long time, and our relationship went from “Who The Fuck Is This Annoying Little Kid And Why Does He Keep Bothering Me And My Girlfriend” to a “Little Brother-Big Brother ” mentality to “Okay, He Isn’t That Little Kid Anymore, Maybe He Is Still Kind Of Annoying, But He Actually Has Real Thoughts On The World” type of deal. I have modeled large parts of my life after him and he was a very big influence on me when I was growing up (still not done growing up too btw). So when I was talking to him one day about how Jessica and I were going to see Passion Pit, he seemed to get really excited, he then went on to explain how he also got tickets for the show. Since he lived in Philly, it only made sense that we hang out a bit beforehand and then walk over to the venue together. And that is exactly what ended up happening.

The concert was unbelievable. My first time ever being at the Electric Factory, though I already knew it was one of the best venues in Philadelphia. Passion Pit went on to play every song from their then new album Gossamer while also performing some of their old songs like “Little Secrets”, “Moth Wings”, and of course “Sleepyhead.” Angelakos was breathtaking. He sounded exactly like he did on a recorded track which is crazy since his voice is one of the most rare voices out there right now. He sings so high it is almost impossible to think his voice wasn’t modified or edited in the studio. But it isn’t. He is all natural and to this day one of the most incredible singers I have heard sing live (not a small feat either since I’ve seen people like Billy Corgan and Beyoncé in person). The lights, the music, the people, everything was perfect. Dancing in this warehouse full of people was an awesome experience for a new concert goer. If I wasn’t hooked on live performances before I was 100% hooked now. It was all over for me. I had found my new favorite thing to do.

When Brooke came back from Japan, she was incredibly disappointed that she missed seeing Passion Pit with all of us. But fate had a funny sense of humor since Passion Pit ended up coming back to Philadelphia that May and all of us were able to attend. Things sometimes just work out for everyone. Now fast forward two years to Brooke and Jack’s wedding. The last song of the night that was played: Sleepyhead. That song is special. Passion Pit is special. As I’ve gone off to college, my music taste has evolved. Both my sisters have gotten incredibly busy with starting their families and working. We don’t go to concerts together as much anymore. But that song still brings us together. I’m not sure when Passion Pit will be back in Philadelphia, but one thing is for sure: when they do return- we will all be there together to dance with them.

One thought on “And Everything is Going to the Beat”