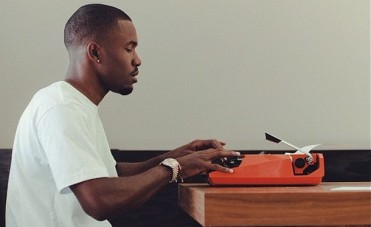 As much as we’d like to deny it, birthdays are a special day for most of us. Most people wake up that day with a little extra bounce in their step, and a tad bit more sense of entitlement than usual. Not you? Well, I refuse to refute. My birthday, though I do my best to play it off, has always meant something to me. On January 16th, 1991 I came into this world, and every year when that date comes around, I tend to become reflective on how I’ve progressed in a year’s time. Oddly enough, one of the people that I think of every year on January 16th is the late R&B artist Aaliyah. That’s because the former songstress shares January 16th with me as a birthday. I’ve got a poster that hung up in the Milford Middle School library to thank for that trivial knowledge. It listed the birthdays of celebrities and other notable members of our society, and I would always check it out while I was taking my precious time in the stacks as I searched for the right book. Every year I’m reminded that I share the same birthday with Aaliyah, and while I was a little too young to fully grasp the impact her music had on the R&B industry as well as the music industry as a whole, I was provided with a kind reminder of her relevance this past Friday, January 16th.

Frank Ocean is undoubtedly one of the most talented singers and song writers on the planet Earth at this very second. His first mixtape “nostalgia, ultra.” sent him to music industry stardom, and his debut album with Def Jam, “channel orange,” was arguably the best album of 2013. Ocean has proven his worth to pop culture over the course of the past three years, working with transcendent artists such as Kanye, Jay, Beyonce, John Mayer, and even Kendrick Lamar. After releasing “channel orange” though, Frank has been relatively silent on the air waves, releasing only a snippet of a precious gem titled “Memrise.” Aside from “Memrise,” the only real news that has been reported and confirmed about Frank is that he fired his long time management team. He deleted his Instagram and Twitter accounts as well, so it’s essentially been a steel trap in regards to Frank Ocean news. Luckily, Frank dropped a song on January 16th in what is a beautiful tribute to the late Aaliyah.

In 1994 Aaliyah released her second major label album titled “Age Ain’t Nothing but a Number.” On that album she performed a cover of a song previously written and performed by The Isley Brothers, an R&B group that dominated the 60s and 70s. The song that Aaliyah chose to cover was “(At Your Best) You Are Love,” and she certainly did it justice. This past Friday, in an effort to pay homage to Aaliyah, Frank Ocean dropped his version of the jam, and it should prove to any doubters that Frank has still got it.

In retrospect, it would only make sense for Frank Ocean to be the artist to cover such a beautiful song. Sure, Drake’s done his best to acknowledge the song’s aesthetic, but Frank’s got the voice to get it done. In the hierarchy of falsettos in today’s music industry, Frank’s got the crown, as proven by songs like “Thinkin’ Bout You,” “Pilot Jones,” and “Whip Appeal.” While the rest of the great male falsettos in the music industry are up for debate, I firmly supplant that Frank’s is indubitably the most impressive. With that being said, he didn’t disappoint with his Aaliyah cover. It’s a subtle and gentle track, and Ocean’s voice fits over the soft piano perfectly as he delivers the words at such a slow pace that you can’t help but grasp onto every word as he delivers line after line.

Though it’s an Aaliyah cover, Ocean’s version of the song is Prince-esque in my opinion, as he touches the tippy top of his vocals almost at ease. Ocean acknowledges to his intended listener that they are the undoubtable image of love, regardless of the ups and downs that they may have experienced throughout the course of their relationship. It’s a song that’s begging the best out of someone, essentially stating that when they give their best effort in the relationship, love is easily attainable between the two. The song itself is brilliant from a lyrical standpoint, and Frank continues the lineage of artists that have put forth an outstanding effort on the track.

Frank’s surprise Aaliyah tribute is without a doubt the most notable move that he’s made in the public eye in recent memory, and while I don’t doubt that he’s cooking up something incredible for his next album, it was refreshing to see him put the game on notice for a second. This cover is even more proof that truly great artists are always aware of those that have come before them, whether it be twenty, or even sixty years ago. With two tracks surfacing over the course of the past month or so, I’m hopeful that something bigger is coming from Frank relatively soon. The list of expected album releases this year is quite impressive, but if Frank drops another classic album in 2015 it’ll be safe to say that he has ascended to pure superstardom. 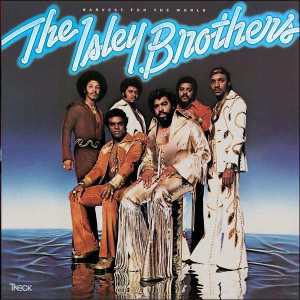