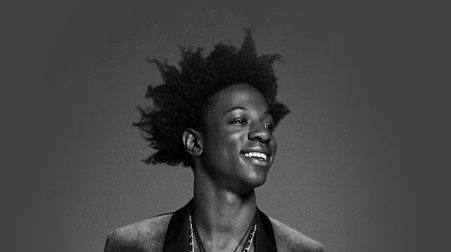 With the release of his first full length album, young Brooklynite Joey Bada$$ projects his current state of mind as he looks to transition from New York’s young rap prince to its reigning king. But is king of New York enough in today’s current state of hip-hop?

Since the dawn of its inception, the origins of hip-hop can be traced back to the five boroughs of New York City. The four elements of hip-hop (Rapping, DJing, Breaking, and Graffiti) comprise a culture that has transcended multiple generations now, taken multiple forms, and currently oozes from pop culture’s every orifice. In the beginning, hip-hop was an outlet to combat oppression; it was a refashioning of this, or a remixing of that to produce an entirely new style or product.

Across decades, hip-hop’s popularity, portrayal, and even target audience has morphed and assimilated rather bumpily into American pop culture, but nonetheless the transformation has occurred. Hip-hop has integrated with an entirely new consumer market over the course of the past decade, and with that inherently comes an entirely new brand of the genre. Artists both founded in hip-hop and founded outside of it are now dabbling with the emphatic and smooth sounds that only a hip-hop beat can offer. Sure, hip-hop and its creators have deviated from the norm over the course of the past 30+ years, however there are a number of artists that continue to uphold the foundational aspects of what the culture was originally situated upon.

Joey Bada$$, a freshly turned 20 year old rapper out of Brooklyn, New York, is one of those young up and comers that continues to proliferate the “authentic,” grungy New York sound through the veins of the living, growing body that is hip-hop. The head honcho of the Pro Era collective dropped his first mixtape, titled 1999, out of the sky in 2012, and instantly the Big Apple’s Bada$$ possessed a star on the rise. His mixtape received huge critical acclaim, even receiving some mumbled comparisons between Joey’s first project and Nas’ first offering, Illmatic.

After 1999, Joey and the Pro Era group have ridden a buzz that’s floated up and down thanks to a spew of releases from the group, and Joey’s 2013 mixtape titled Summer Knights. The Brooklyn MC has been progressively building his foundation and following over the course of the past few years, and he even recently added the president’s daughter to his list of fans. In his music Joey provides his listeners with lucid illustrations of young black life in the city, reminiscent of some of the Empire state’s greatest ever. All it takes is one listen to Joey’s tracks to conclude who his pen and production have received direction from. The Pro Era poster boy is a direct descendant of 90s hip-hop royalty. Prior to his latest release, Joey’s catalog boasted joints like “Hard Knock” featuring CJ Fly, “Survival Tactics” featuring the now deceased Capital STEEZ, and a fire guest appearance on fellow New Yorker A$AP Rocky’s crowded “1Train.”

Over the course of the past couple of years, Joey’s proven that he’s one of hip-hip’s young microphone magicians. 1999 served as a more than ample first offering, and consequently the expectations for his debut LP couldn’t have been higher. Released on January 20 of this year — his birthday nonetheless — B4.DA.$$ (pronounced “Before The Money”), is the young Brooklynite’s depiction of his current state of mind as he looks to transition from New York’s young rap prince to its reigning king.

As was the case with Joey’s first two projects, it’s impossible not to mention the consistency of his delivery on the mic. Whether he’s crawling over the gloomy boom-bap vibes of the album’s first single, Kirk Knight’s “Big Dusty,” or burning down the competition with a chaotic barrage of bars on “No. 99,” Joey makes it quite clear that he’s continued to fine tune his skills as a wordsmith. The DJ Premier produced “Paper Trail$” stands as one of the album’s prime examples of Joey tipping his cap to the golden era of New York hip-hop. Premier scratches over a track that samples the notorious New York collective Wu-Tang, and the Brooklyn rhyme spitter delivers word play that showcases a conscious that’s wise beyond its years. Through a continuous onslaught of internal rhyme, Joey examines the dichotomy of his career to this point, one that’s been provoked by the green. He laments that while he and his crew have tasted the spoils of success, they’re caught in a trance that so many others are as well — the trance of the almighty dollar.

Joey sprinkles spurts of homage over the entire project, alluding to a number of New York hip-hop’s founding fathers, whether by his own design or the design of his subconscious.  The gritty “Christ Conscious,” along with “Belly of the Beast” featuring Chronixx, a track Joey claims “Biggie would be proud about,” are direct sonic descendants of classic jams that New York greats have reared for ages. With the album’s sound coming from the above-mentioned producers as well as Statik Selektah, Chuck Strangers, Hit-Boy, the late J-Dilla, and others, it carries a continuous vibe that dips into three separate realms of Joey’s being — his life behind the mic, his life as a young black man in America, and his life with his family. Tracks like “On & On” and “Curry Chicken” bring the attention back home for a second, with Joey acknowledging the family life that propels his aspirations. And while there’s confidence dripping from nearly every track, “Black Beetles” exposes a much lower side of Joey’s psyche, a side conflicted by the observations of his every day reality. Both verses on the song leave Joey reeling in disappointment, and paired with an eerily honest, simplistic chorus, the track is sure to leave a lasting impression.

As far as the album’s features are concerned, it appears as though Joey chose to shoulder much of the load for his first full length project. It was refreshing to see such a small list of guest appearances, and doubly refreshing that none of the features came from artists that overshadow Joey’s capabilities on the mic. That being said, the tracks that did feature other artists all came across as logical fits. BJ the Chicago Kid aids Joey on the old-school Dilla production “Like Me,” a low key jam that Joey slithers through with ease, continually stating “I pray there’s hope for a n***a like me,” and detailing his dealings with a fine chick. The Chicago R&B artist’s soft vocals further solidify the texture of the song, a jazzy tune that Joey leaves a slick, lasting impression on with lines like:

Another notable feature on the project comes from relative newcomer, Raury, on the track titled “Escape 120.” The ATLien dropped his first tape titled Indigo Child in August, and since then his star has been on the rise thanks to songs like “God’s Whisper,” “Cigarette Song,” and some jaw dropping radio freestyles. And while a Raury feature isn’t necessarily the high profile appearance that most expected to see on Joey’s first LP, the Stone Mountain native provides listeners with a guest verse that drops subtle inklings from the pen of another ATL product, Andre 3000. “Escape 120,” produced by Pro Era member Chuck Strangers, is a gloomy-yet-fast-paced track that pits Joey and Raury in their emo bags as they observe their tiresome careers in show business from afar. While the track doesn’t come across as overly impactful, its nonetheless a solid contribution to the album, as it serves as a vital cog to Joey’s self-reflection. This track will be particularly interesting to revisit a few years down the line, as its not inconceivable to think that both of artists could develop into transformative contributors to their craft in due time.

The features, while few and far between on this project, serve to uplift the messages that Joey attempts to convey on each track, and on the album as a singular unit. In his negation of big name features, the Brooklyn MC also ensured that the project fit his vision. It’s clear from just a few listens that Joey kept a tight grip on the steering wheel as he navigated the waters of his first full length project, and a great deal of the album’s focus can be attributed to its small circle of contributors.

Since releasing 1999 a few years back, there have been very few secrets about the source of Joey’s inspiration. In listening to B4.DA.$$ in its entirety, its impossible not to reminisce of the times when the New York rap scene was at its pinnacle. At times, most tracks on this album feel as though they could be directly imported into the music catalogs of countless Empire state MCs. Whether its grimy beats that beg for verses from Mobb Deep, flows that rival the imagery of Nas, or jazzy tracks with the familiar bounce of a Jigga joint, Joey plays pretty close to his roots. And while his efforts to uphold the traditions of that particular epoch of hip-hop are commendable, that’s also where the fabric of Joey’s album catches a snag.

By no means was B4.DA.$$ expected to stand as a profound deviation from Joey’s previous releases, however, one of the album’s main flaws is that it struggles to progress past feats that have already been accomplished in the grand scheme of hip-hop. On “Big Dusty” Joey repeats “Check my style, check, check, check it out. Don’t jack my style,” but the question begs to be asked — Who’s style is Joey speaking of? In a musical genre where signifyin(g) is not only accepted but expected, Joey can’t be discounted for offering a project that borrows from New York’s rap pantheon. Pro Era’s leader makes an honest effort to refashion the golden era’s sound into his own, and while it results in an authentic boom-bap rap offering, B4.DA.$$ might run the risk of being passed over by many listeners because of its sonic familiarity.

Overall, Joey Bada$$’ first full length album, B4.DA.$$, is a blast from the past, with the young New Yorker piecing together an album that’s consistent both from a lyrical and production perspective. It  Track after track, Joey poetically proves that was he was bred for the cypher, and in listening to the succession of songs it’s clear that the Pro Era product feels most comfortable in a musical environment that’s been championed by the New York greats that preceded him. The album projects a dark, grungy feel that’s obedient to the authentic typologies from which rap finds its footing, and it’s destined to strike a chord with devout back-packing hip-hop heads. While the album’s nostalgic feel solidifies Joey’s lineage among the great New York rappers, it’s limited somewhat in that sense that it lacks any overwhelming sense of novelty. Thereupon, the album could be overlooked by a majority of hip-hop’s current demographic, one that is continuously scouring all corners of the internet for hip-hop’s newest sound. Nevertheless, B4.DA.$$ stands as a polished first project for the budding rap star, and Joey proves that while hip-hop’s sound has wandered from its origins, it only takes one truly talented artist to remind us where it originally came from.

Originality – 5/10 – Struggles to supplant itself as a sole entity. 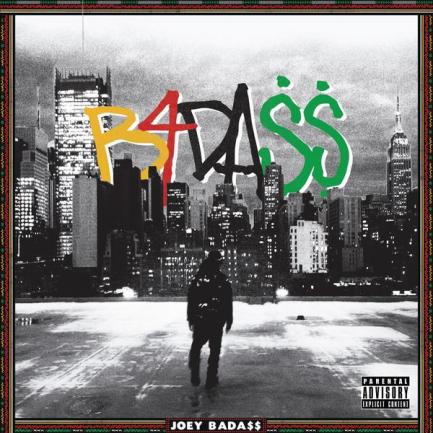