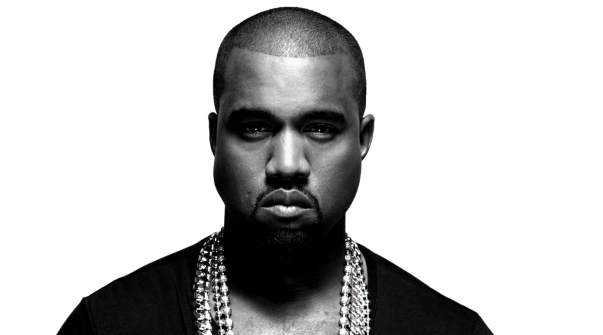 So help me God, this is all happening so fast. It’s official — Yeezy season is in full effect. And what another yearly creative takeover it’s been already for Ye. Shall I count the ways? Amidst a wailing Nori, Kanye dropped his inaugural Yeezy.Supply line with adidas Originals, one that included the highly anticipated release of the Yeezy 750 Boost, the fashion chic offspring of Ye’s past  collaborations. He released “Wolves,” the intro track to his album, featuring Sia and fellow Chicagoan Vic Mensa, and the trio performed it at SNL40. What else? Well, it appears as if Ye has been getting some serious PR coaching from the Kardashian women, but as we know, he can’t help himself from time to time. Oh, and this past Friday Kanye and Zane Lowe chopped it up on BBC Radio 1, sharing a Kanyeism filled discussion that at times even rendered Ye in tears. And if you didn’t already get the hint, Ye topped off this past weekend’s bombardment in textbook fashion, announcing Saturday night that his seventh solo album is titled So Help Me God.

Of course Ye has always been on the grind, but the Yeezy stampede received it’s biggest boost this past week from a karat that’s been dangled in front of our ears for far too long. Wednesday night at the 2015 BRIT awards in London, an all-black clad Yeezy and a matching mob of UK grime guerrillas, performed a finalized version of the artist’s song “All Day.” Ye first name-dropped the track in his July GQ interview, noting that it mimicked a style perfected by Jay Z, and that the song was to be finished and released sometime “most likely in September,” but maybe October, or even November. He referenced working on the track once again during his interview with The Breakfast Club on February 20. Finally, after leaks of the track came out in various forms on various occasions, Ye villainously debuted the track on the BRIT awards stage. Joined by Plain Pat protégé Allan Kingdom, admirer-turned-collaborator Theophilus London, and a massive mob that included Vic Mensa, fashion guru Virgil Abloh, London grime artist Skepta, and a couple of flamethrowers, Yeezy premiered his street heat with reckless abandonment, and it left spectators stunned.

Much of the criticism surrounding Ye’s performance stems from the song’s hyper-explicit and aggressive nature. After noting in July’s GQ interview that his then untitled album had to receive somewhat of an overhaul to counterbalance the insolence of “All Day,” Yeezy dropped Nori’s lullaby “Only One” on New Years Eve, and then the Rihanna and Sir Paul McCartney assisted joint “FourFiveSeconds” shortly after. Only confirming his assertion, Kanye’s unveiling of “All Day” proved to be everything he’s promised, and in all actuality everything he’s been promising. The Velous/Yeezy co-production rears its fangs as a Watch the Throne/Yeezus hybrid, containing multiple layers and sections. The record boasts a grisly guitar riff, pounding bass eased by angelic background vocals, tight drums throughout, and a siren at the song’s tail end that sends shit into an absolute frenzy. Ye’s lyrics feature a simplistic parallel structure (Still got the hundreds with the small face, n***a/Might spend 50 racks on my off day, n****a), and once paired with the track’s production, the song’s intended audience is made crystal clear. How should I put this? Ah, yes…

“The hood love to listen to Jeezy and Weezy, and oh yeah, Yeezy.”

Sporting a similar strain of sonic DNA that spawned WTT singles “H*A*M” and “N****s in Paris,” Yeezy’s latest product is a gift to the streets. That message was made evident by an equal distribution between Ye’s on-stage entourage, and a few choice lyrics. Backed by a slew of young talent, Kanye reminded us all of his roots (You already know that I’m straight from the Chi, all day, n***a/South, South, South, side, all day, n***a), presenting an imposing appearance to the world, and subsequently shoving #YZYSZN into full effect. A well documented, obsessive seeker of juxtaposition, Mr. West utilizes “All Day” to keep the game in check, reminding us just as he did in his Zane Lowe interview that

“As soon as people start playing games, I stop. I stop playing games, and at any moment I can hit that Ye button, and we can go right back to day 1.”

Airing during prime time television, it’s understandable that there was considerable amount of uproar surrounding Ye’s performance this past week. The record’s explicit lyrics feature extensive usage of the n-word, as well as other controversial themes and references. The performance drew celebrity disdain from the likes of Lionel Richie as well Oasis singer Liam Gallagher, and a majority of the song’s lyrics were auto-muted by television producers. Nevertheless, multiple curse words slipped through the cracks and could be heard on live television. T-Swift and Kim might have been enjoying the performance, but Yeezy’s decision to reveal the finished banger didn’t go over as smoothly with the mass public. Even the visuals that Ye and his crew provided received flack, with one spectator describing the scene as “A bunch of young men all dressed in black dancing extremely aggressively on stage,” and commenting that “It made me feel so intimidated, and it’s just not what I expect to see on prime-time TV.”

All things being considered though, are we really surprised Kanye chose to lift the curtain off this chopper on the BRIT stage? Lionel Richie branded it as “shock value,” but how can this even be categorized as “shocking” anymore? Ye has founded a career on countless binaries, and “All Day” is just next in line. The same guy that chose a monastic symbol for the Virgin Mary to be his album art is the one that’s on-stage referring to Louis Farrakhan as “sensei.” He’s the same one that rocked a Confederate flag after performing “New Slaves,” and the same guy that admitted he critiqued Beck’s album prior to even listening to it. Kanye’s a living, breathing contradiction. We’ve known that though! We knew it when he included a song like “Breathe in, Breathe Out” on The College Dropout, and we knew it when he was projecting  signs in the background when performing a song that was eventually used in multiple advertisements.

In the closing minutes of Kanye’s follow-up interview with Zane Lowe on Friday, Ye (unprompted), stopped the radio host mid-question to provide clarification to all who were listening.

A stark contradiction from two years ago when Ye was dubbing himself a croissant grubbing God, the artist’s maturation process is evident. But just as Steve Jobs could sway between creative mastermind and tyrannical leader, Kanye can sway between fun-loving creative genius and “Day 1 Ye.” And just as easily as Kanye can describe So Help Me God as a “joyous noise unto the Lord,” “All Day” proves that he’s also packaging some heat that could make competition tuck their whole summer in. After all, it’s Yeezy season, what did you expect?

Upon completion of this piece, the Kanye camp has released a CDQ version of “All Day.” This full length version includes an abrupt Paul McCartney acoustic guitar hi-jacking at the song’s end, which stands as even more proof of Ye’s unpredictability. You can listen to the full version of “All Day” here.

You can purchase “All Day” on iTunes here.